About men underwear are the least noticeable problem for men. Many people think that what is worn inside is not exposed to others. It doesn’t matter. Just be comfortable. In fact, although the underwear is small, it is related to the overall health situation. Occasionally, it is irrelevant to wear the wrong thing. If you engage in carelessness for a long time, it may cause you many problems and even trouble. Although the underwear is small, it is about the overall health.

1.From the fabric of the underwear is important

Studies have found that chemical fiber underwear can cause oligozoospermia in men and cast a shadow on fertility. According to his research data, the number of spermatozoa of men who wear pure polyester underwear decreases significantly from about 40% to 14 months, and the number of men who wear semi-cotton and semi-polyester blend underwear decreases from about 9% to 10 months. There is no change in semen of cotton underwear. In addition, most men with semen changes return to normal after changing their chemical underwear for 4-8 months. Polyester panties have the effect of temporarily suppressing spermatogenesis. It raises the temperature of the testes and reduces plasma hormone levels, which can trigger oligozoospermia.
This is one of the bad consequences of wearing underwear incorrectly: it causes infertility, and you lose your right to be a father. However, the problem of underwear is not only for unmarried men. Dr. Shafiq also warns men who have become fathers: polyester synthetic fiber fabrics can generate electrostatic fields in the penis tissue, weakening men’s sexual function, and even making you with Sexual indifference.
Should cotton underwear be safe? Not always. If you have a lot of body weight and sweat, especially if you often drive, cotton underwear may cause skin diseases such as eczema and boils. Because cotton absorbs sweat, it is not easy to dry. Frequent sweating may breed bacteria. In addition to giving you a sore and uncomfortable feeling, it may also cause redness, swelling, and itching in the perineum.

2.Judging from the tightness
choose underwear must be moderately tight, many men’s penis deformed, appear to varying degrees of bending. Investigating its cause, it is hard to blame for wearing tight underwear. Under the restraint of tight underwear, the penis has been oppressed for a long time, how can it not bend? 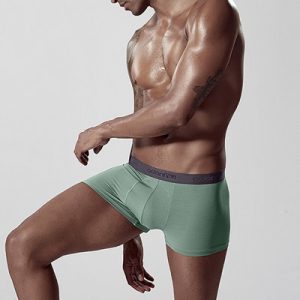 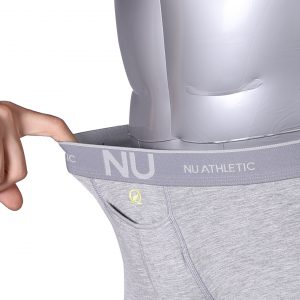 3.from the color of underwear should also be treated with care

Some people like dark panties, but they neglected the color is dyed. Dyes are a hodgepodge of various chemicals in one, and they contain some toxicity. As for too white underwear, there may be hidden dangers due to excessive bleaching, increasing your risk of allergies.
Now you should understand that underwear is not a trivial matter, and it has multiple functions, such as protecting sexual organs, reducing friction between thighs and outer pants, and preventing leakage of odor. Therefore, you must choose carefully and put health first, followed by comfort and style. Remember, wearing pair of underwear is a manifestation of self-care for men.
A few suggestions for reference:
1. It is advisable to go to work with fitted boxer underwear or thong underwear. These two types can be “matched” with trousers or jeans, which are the most commonly worn outerwear.
2. At home, loose flat pants are the first choice. The advantage is that the sexual organs that are tightly squeezed in the pants can move freely. T-shaped underwear is better for hanging out, which can reduce the friction of the sexual organs caused by a large amount of activity (such as walking for a long distance).
3, sports pants with good breathability, or similar to swim trunks material, tight-fitting breathable tights is better. The goal is to minimize friction between thighs, palate, and sexual organs. In addition, the underwear designed for athletes to wear during exercise is also good. It is characterized by a three-dimensionally cut triangle cup on the genitals, and one elastic support on the left and right to make your hips more masculine.
4. For business or tourism, disposable paper or cotton underwear is the best choice. In addition, ordinary white underwear can also be considered.
5. It is best to wear boxer briefs or boxers for sleeping, or sports shorts with mesh design.
6. Those who are fat and sweaty, especially self-driving men, should not often wear cotton underwear. They should choose a fabric that feels smooth, absorbs sweat, and is easy to dry (such as Korean silk fabric). If necessary, use cotton as the bottom. Panties to avoid sticky feeling. In addition, a kind of fabric called the last generation is comfortable and close to the texture of pure cotton, and the speed of absorbing and releasing water is 50% higher than that of ordinary cotton, which is also recommended.
7, men with thick legs are suitable for wearing high-cut briefs, legs can be more slender.