Men should better to select underwear by himself

Men should better to select underwear by himself

Men themselves can understand their environment and their passionate activities. Men should choose the appropriate use according to the different occasions and the protective functions provided by different underwear. This is the performance of understanding themselves and being responsible for themselves.

Underpants have become a major murderer of male infertility. Experts believe that from the shape of the underwear, regardless of age, loose boxer pants are the most favorable choice for reproductive health.

From the study of the influence of textile types on sperm production, pregnancy and sexual activity, chemical fiber underwear, semi-cotton semi-finished and blended underwear will cause the testicular temperature to rise sharply and the blood hormone level is also abnormal. After 14 months of this type of underwear, the number of male sperm was significantly reduced, and sexual desire was also reduced. After 4-8 months of removing the chemical fiber underwear, the testicular and sperm status of these men returned to normal.

However, some males have thicker thighs. In order to avoid tight-fitting pants that tighten their thighs, increase the temperature of the genital skin and impede blood circulation, you can choose a more relaxed triangle underwear.

It can be seen that the influence of men’s underwear on men is still very large. It must be serious in choosing underwear, and it cannot be perfunctory. 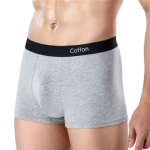 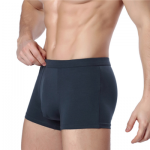 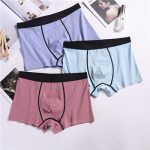 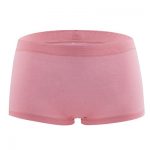