Common sense about our underwear

Wearing the wrong underwear will affect your health. The material and color of the underpants should be within this range. 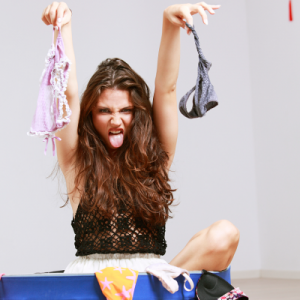 1. Dirty underwear, the average amount of feces is 0.1 g
Microbiologists all over the world are studying washing machines. Dirty underwear has an average of 0.1 grams of feces and will excrete Salmonella, E. coli and other bacteria. Even if properly cleaned and ventilated, the bacteria on it cannot be completely killed.
2. One gram of feces contains ten million viruses
One gram of feces contains 10 million viruses, 1 million bacteria, 1,000 parasites and 100 eggs. Although some bacteria and viruses are good for the human body, most bacteria and viruses are harmful to humans. Especially when feces contaminate water, food, cutlery and clothing, most harmful microorganisms can enter the body and cause harm to the human body.

3. The underwear is best replaced once every six months.
underwear normal circumstances, it is best to change underwear at a higher frequency. If the underwear is deformed, the material becomes dry and hard and the stain is not removed, it must be replaced in time.
4. Change underwear: no more than 2-3 days
In life, you must develop the habit of washing underwear and changing underwear. It is recommended to change it once a day, especially in the summer, no more than 2-3 days. When cleaning, separate from the coat and try washing. After washing, do not otherwise, the underwear is easy to harden and deform. In addition, the underwear is best placed separately, you can buy some special storage bags, or put them in a clean plastic bag to get dust and bacteria, affecting health. 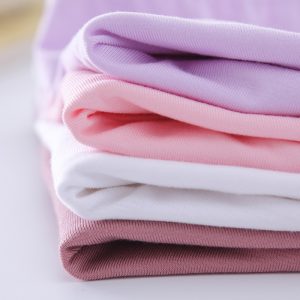 5. Fungal vaginitis should wear disposable underwear
80% of women may have fungal vaginitis, especially women who have sex.during the onset of fungal vaginitis, the panties that pass through are thrown away, then boiled and boiled, and the undergarments are not dry. It is recommended to wear disposable underwear during this time, you can throw it away at any time.
If you have a seizure after sexual intercourse, you should go to the hospital with your partner for diagnosis and treatment to find out if there is any related bacteria on his foreskin.
6. Chemical fiber underwear will inhibit sperm production
The fabric of the underpants is important. A 20-year study by Egyptian doctor Shafiq found that chemical fiber underwear may cause oligozoospermia in men and cast a shadow on reproduction. According to his research data, the number of sperm in men wearing pure polyester underwear has been significantly reduced from 40% to 14 months, while the number of sperm in men wearing half-cotton mixed semi-polyester blended underwear is about 9% to 10 months. Pure cotton underwear semen has not changed. People who change semen mainly return to normal after 4 to 8 months of replacing chemical fiber underwear.
This study confirmed that polyester underwear has a temporary inhibitory effect on sperm production. It raises the temperature of the capillaries and lowers the level of plasma hormones, leading to oligozoospermia.
This is one of the evil consequences of wearing underwear: causing infertility and losing the right to be a father. But the problem with underwear is not only that unmarried men need to be aware. Dr. Shafik also warned men who have become fathers: polyester chemical fiber fabrics will create an electrostatic field in the penile tissue, cut off the sexual function of men, and even make you become attached to sexual indifference. 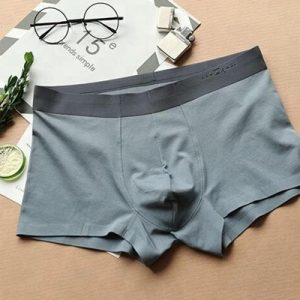